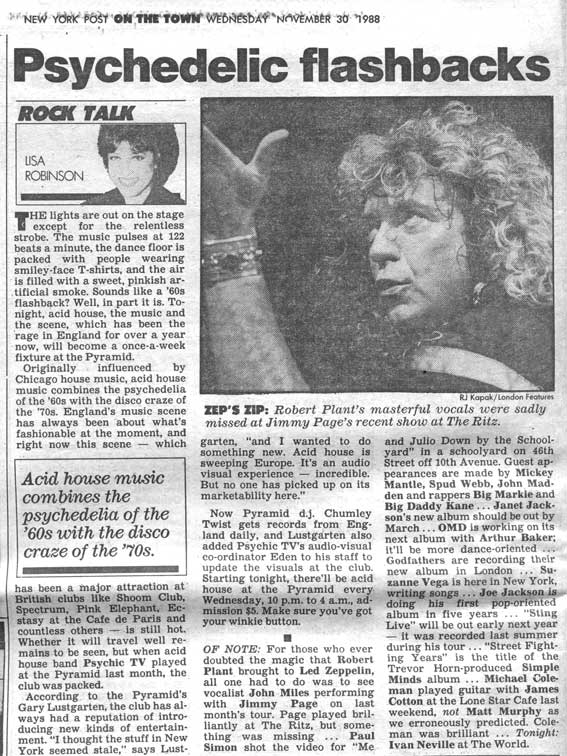 The lights are out on the stage except for the relentless strobe. The music pulses at 122 beats per minute, the dancefloor is packed with people wearing smiley-face t-shirts, and the air is filled with a sweet, pinkish artificial smoke.

Sound like an sixties flashback? Well in part it is. Tonight, Acid-House, the music and the scene, which has been the rage in England for over a year now, will become a once-a-week fixture at the ‘Pyramid’.

Originally influenced by Chicago’s house music, acid house music combines the psychedelia of the ‘60’s with the disco craze of the ‘70’s.

England’s music scene has always been about what’s fashionable at the moment, and right now this scene – which has been a major attraction at British clubs like ‘Shoom Club’, ‘Spectrum’, ‘Pink Elephant’, Ekstase im ‘Café de Paris’ and countless others –  is still hot.

Whether it will travel well remains to be seen, but when acid house band ‘Psychic TV’ played at the ‘Pyramid’ last month, the club was packed.

According to the ‘Pyramid’s’ Gary Lustgarten, the club has always had a reputation of introducing new kinds of entertainment. “I thought the stuff in New York seemed stale,” says Lustgarten, “and I wanted to do something new. Acid house is sweeping Europe. It’s an audio-visuell experience – incredible. But no one has picked up on its marketability here.”

Now ‘Pyramid’ dj Chumley Twist gets records from England daily, and Lustgarten also added Psychick TV’s audio-visual co-ordinator Eden (aka. Boris Hiesserer) to his staff to update the visuals at the club.

Starting tonight, there will be acid house at the ‘Pyramid’ every Wednesday, 10 p.m. to 4 a.m., admission 5$. Make sure you got your winkie buttom. 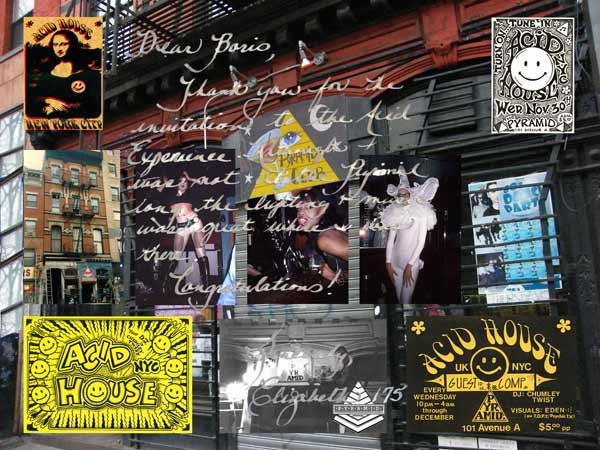 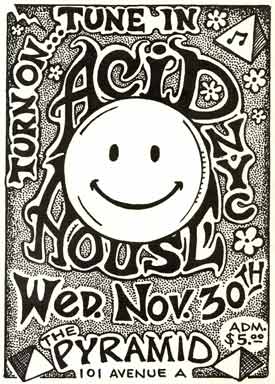 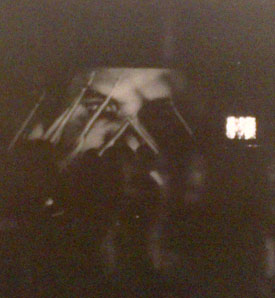 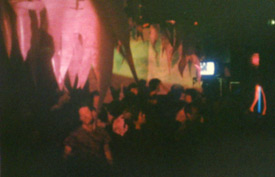 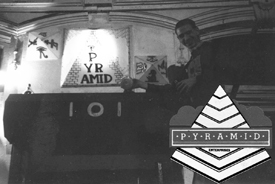 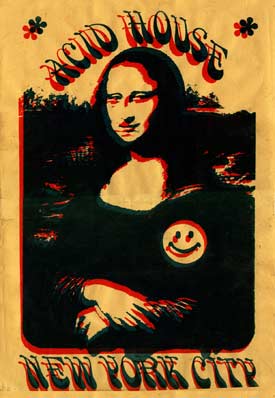